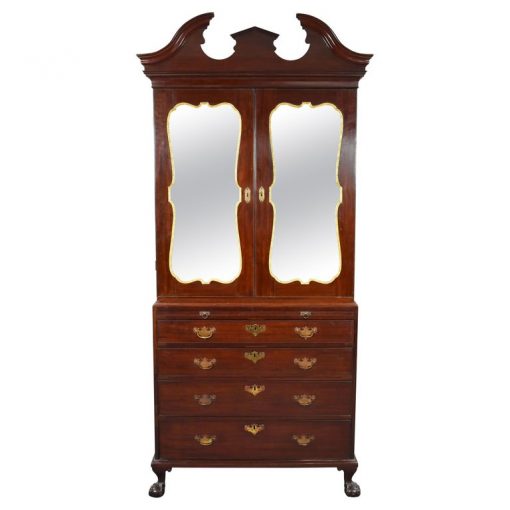 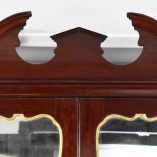 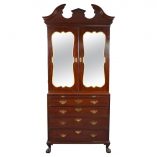 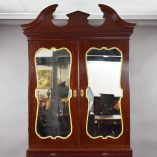 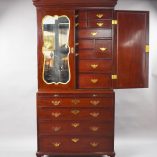 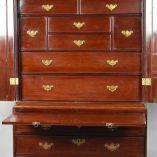 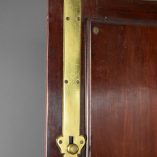 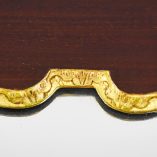 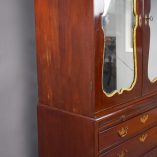 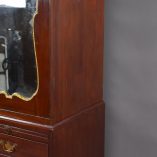 For sale is a fine quality 18th century George II Irish mahogany secretaire cabinet in the manner of Giles Grendy. The shaped mirror panels doors opening to arrangement of drawers, above a brushing slide over four graduated drawers, raised on claw and ball feet. This piece remains in very good condition, showing very minor signs of wear commensurate with age and use.

By repute, The Barony of Inchiquin, County Clare, Ireland.

after the family estate was dispersed in 1950, Lady Inchiquin moved to a house in the hamlet of Betchcott, one part of the estate, where she died in 2012. This cabinet reputedly formed part of Lady Inchiquin’s estate having been passed down in Lord Inchiquins family.

The O’Brien Chiefs were once the last Kings of Ireland centuries ago. On the Act of Union 1805, whereby the Irish House of Commons and Irish House of Lords gave up governing of Ireland in favor of Great Britain, all ancient titles were abolished. The O’Briens retained the title Baron Inchiquin because it was given by the King of England and therefore an English title and not an Irish one.